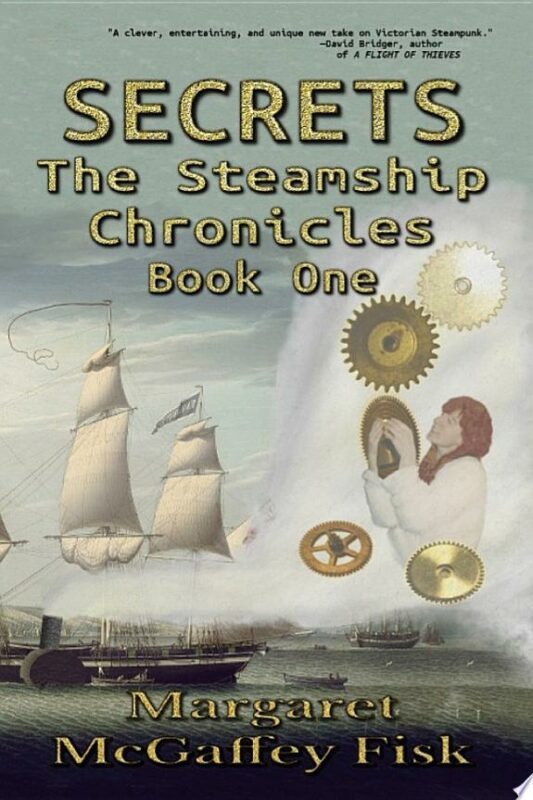 The Steamship Chronicles begins with Samantha Crill’s attempt to reach the Continent where her ability to read the hearts and minds of machinery does not mean hiding from the law or a life sentence in an asylum. With the machines she encounters on the way crying out for transformations only she can perform, though, the careful plans quickly fall apart. Nathaniel Bowden has his eyes set on captaining a steamship of his own, a distant horizon with the crew suspicious of his noble background and his position as cabin boy. He’s willing and eager to win their approval through hard work while learning every aspect of the ship. Only the ship’s engineer holds fast against his charms, denying him access to the mysterious chamber that holds their ailing steam engine. When the engine draws Sam to it under the guise of a safe hiding spot, Nat’s life becomes a lot more complicated while Sam must figure out how to survive without being seen or giving in to the engine’s demands. In an alternate Victorian Era where Naturals like Sam can harness the power of aether to transform conscious machinery, dangers surround the fugitive Natural and lowly cabin boy. Only honor and friendship can see them through.

Disclosure of Material Connection: Some of the links in the page above are "affiliate links." This means if you click on the link and purchase the item, I will receive an affiliate commission. I am disclosing this in accordance with the Federal Trade Commission's 16 CFR, Part 255: "Guides Concerning the Use of Endorsements and Testimonials in Advertising."